The second official expansion for the Wild Hunt – Blood & Wine – is slated to be released some time in Q1 2016. Blood and Wine is expected to be about 20 hours long – twice the length of the first expansion pack, Hearts of Stone. The expansion will take place in a completely new region called Toussaint, a land untainted by war where “an atmosphere of carefree indulgence and knightly ritual masks an ancient, bloody secret.”

While the trailer for Blood & Wine won’t be released until 2016, CDPR has shared 2 screenshots revealing a castle overlooking a town with a beautiful landscape in the background. Get hyped! 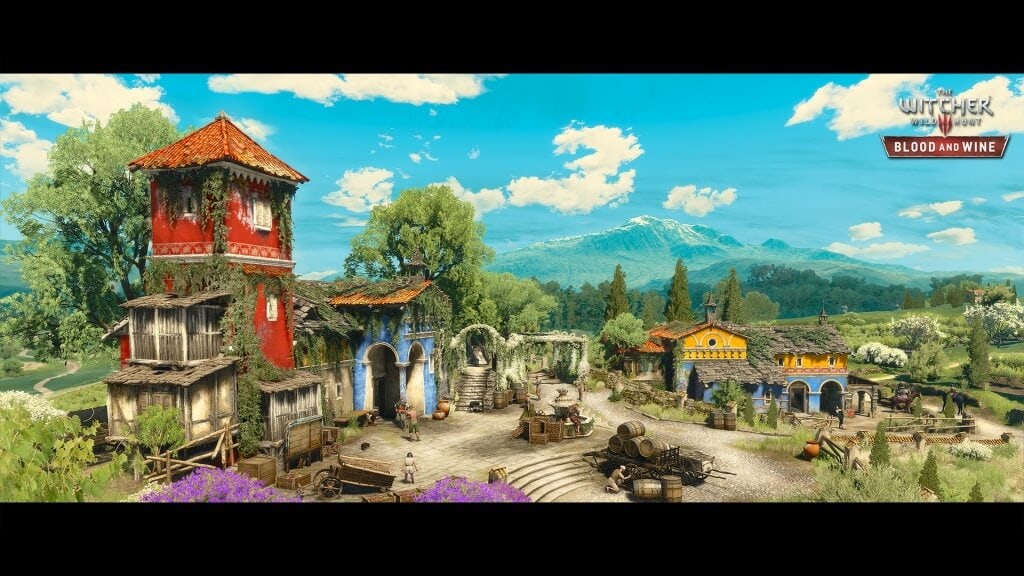