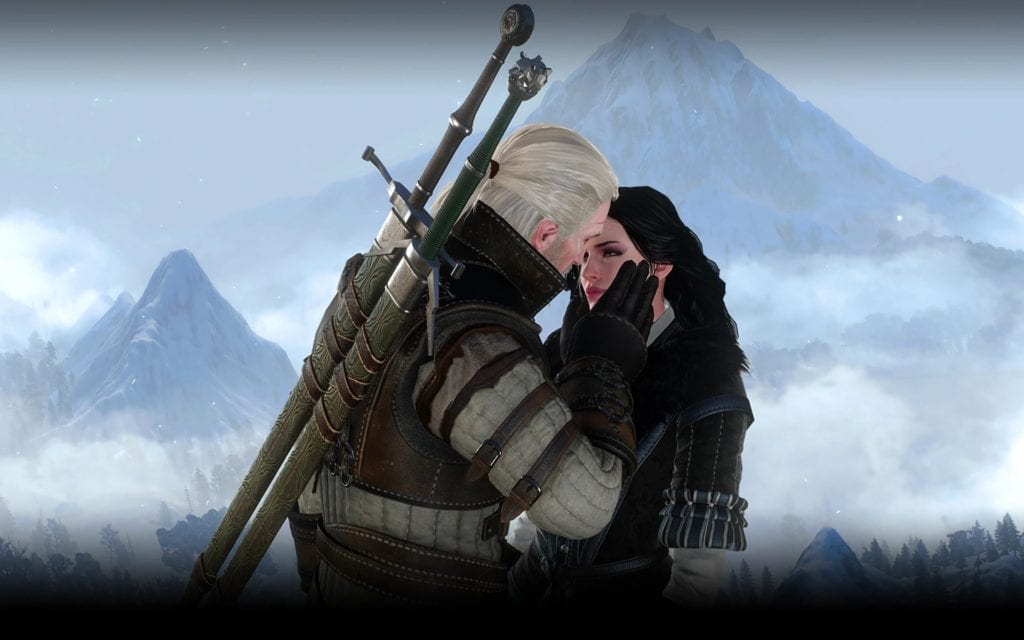 There’s only one thing Geralt loves more than Gwent: a night of passion with a fiery sorceress. But magic-wielding women aren’t the only Witcher 3 romance options available to players. Brothels and minor characters provide some interesting alternatives to Triss and Yennefer.

Speaking of Geralt’s main love interests, you won’t suffer any game-changing romance consequences unless you try to romance both Triss and Yen. (Which means all the secondary romance options are fair game.)

While we’ve done our best to avoid spoilers, proceed with caution if you haven’t finished the game’s main questline. Here’s a complete guide to all of the romance options in The Witcher 3: Wild Hunt.

Geralt reunites with Triss at the King of Beggars’ hideout during “Pyres of Novigrad”. Triss’ romance option becomes available during the quest “A Matter of Life and Death”.

How to romance Triss

Triss reveals that Lady Vegelbud wants to help mages, including her alchemist son Albert, escape the witch hunters of Novigrad. She plans to throw a masquerade ball to sneak Albert out of town discreetly.

Geralt agrees to accompany Triss to the ball to protect her. While you’re indulging in the festivities, be sure to compliment Triss and kiss her in the maze.

After completing “A Matter of Life or Death,” Triss’ romance sequence continues in “Now or Never”. Protect the mages as they flee Novigrad. On the dock, choose the following dialogue options to confess your love for Triss:

“Stay with me,” in response to “I’ll never forget what you did for me.”

Triss surprises Geralt and stays behind. She leads him to the beacon of a lighthouse, where they share a steamy cutscene.

During “Final Preparations”, Triss reveals she’s accepted a position as court mage to King Tancred and says she’d like Geralt to move in with her. Whatever dialogue option you choose, the game ends with Geralt settling down with Triss in Kovir.

If you’re playing Blood and Wine, Triss will move into Corvo Bianco with Geralt.

Though Triss is the main love interest in the game trilogy, Yennefer is Geralt’s one and only in the books. Keep reading to find out how to win the heart of the raven-haired sorceress.

How to romance Yennefer

After killing the earth elemental, poisonous gas will fill the room and Yennefer will prompt you to think of something as she opens a portal. Kiss her to teleport back to her room, and ask to watch while she repairs her dress. This leads to one of the game’s most iconic romance scenes atop Yennefer’s famous unicorn.

The next and most important choice occurs during the main quest “The Last Wish”. We don’t want to spoil this quest for you, but be sure to choose the correct dialogue option at the end.

As Geralt and Yennefer share a tender moment overlooking Skellige’s snow-capped peaks, say, “I still love you too,” to seal your fate.

When Geralt and Yen reconvene at Kaer Mohren, she’ll invite Geralt to a private “conversation” where they officially become a couple. At the end of the main storyline, Geralt and Yennefer will retire after a long and eventful life of war and political unrest.

If you’re playing Blood and Wine, Yennefer will move into Corvo Bianco, where she’ll spend her days relaxing on the chaise lounge overlooking the vineyard.

Can You Romance Both Triss and Yen?

Technically, yes — but two-timing won’t work out well for the White Wolf. Geralt will get “exactly what he deserves,” to quote Yen.

If you’ve pursued both romances, the main quest “It Takes Three to Tango” will trigger after a crucial point in “Final Preparations”.

The sorceresses will approach Geralt and offer him a night he’ll never forget — just the three of them. While they’re readying the room at The Kingfisher, they send Geralt to fetch the wine.

When he arrives, the scantily-clad sorceresses shackle him to the bed and toast to their trickery before leaving him to wallow in his misery. Dandelion finds him the next morning and cracks a few jokes at his expense.

How this affects the ending

Instead of settling down, Geralt will spend the rest of his days on the Path. He’ll ultimately meet the same end as every other witcher before him.

Either Dandelion or Ciri will visit Geralt at Corvo Bianco in Blood and Wine, depending on the ending of the main storyline.

Geralt doesn’t usually go for blondes, but Keira’s eccentric charm is irresistible. Especially considering the amount of time the player spends with her during Act I of the main storyline.

How to unlock the Keira Metz romance option

Meet Keira at her home after completing the main quest “Wandering in the Dark”. She’ll need your help to lift the curse from Fyke Isle during “Towerful of Mice”. Completing this quest will trigger “A Favor for a Friend”. Return Keira’s missing package and agree to play along as Prince Charming during your picnic for a romp under the stars.

To romance Madame Sasha, start the “High Stakes” side quest and enter the Gwent tournament at the Passiflora. Win the tournament and agree to accompany her to dinner to unlock this romance scene.

This Witcher 3 romance option is part of “The Iron Maiden” side quest. Find Jutta an Dimun, the most accomplished warrior in the isles, just outside of Harviken on Faroe. After Geralt proves himself a worthy opponent, Jutta will challenge him to a swordfight. If Geralt defeats Jutta fair and square, she’ll invite him back to her home that evening.

Compassionate and clever, Shani is Oxenfurt’s resident medic. She and Geralt shared a fleeting romance in the books and the first Witcher game.

Fortunately, romancing Shani has no consequences on other romances so you don’t need to worry about losing favor with Triss or Yennefer.

How to unlock the Shani romance option

After the HoS side quest “Dead Man’s Party”, stay at the wedding to cheer up Shani. Read her character entry to discover that she likes rowan blossoms. Then retrieve the rowan branch and give it to her.

While you can’t romance the Blood and Wine duchess Anna Henrietta, her cunning older sister Syanna takes a liking to you. This Witcher 3 romance option is truly otherworldly, so be sure to make the right choices to experience it.

At the end of the BaW main quest “Beyond Hill and Dale,” Syanna will remark that Geralt is still useful to her. Ask how, and she’ll reveal that she needs a man. Let her have her way with you and enjoy one of the game’s best romance scenes amidst the clouds.

Note: Accessing the “Beyond Hill and Dale” quest depends on previous choices. To gain access to The Land of a Thousand Fables and this unmissable Blood and Wine romance scene, choose to go find Syanna during “The Night of Long Fangs”.

Visit one of the brothels for a little loving after a long stint on the Witcher’s Path. This won’t have any impact on the Triss, Yennefer, or any other romance in the game, so you’re free to do as you please!

The courtesans at Novigrad’s most sumptuous brothel charge 40 crowns, making this one of the most expensive Witcher 3 romance options. Your options here are Mercia, Bertha, and Suzy.

If you’re short on coin, head to Crippled Kate’s to get some action for only 20 crowns. You can spend your time with Amrynn, Narcissa, or Viola.

The Belles of Beauclair

This dockside brothel is accessible in the Blood and Wine expansion and comes with a nifty reference to TW1. One of the unnamed courtesans here will assume Geralt is cosplaying as a witcher.

When Geralt corrects her, she’ll reveal that previous clients roleplaying as witchers have asked her to dress up as a succubus or siren and give them a romance card.

Belles of Beauclair location: North of the Beauclair Port signpost, next to the butcher’s.

Can you romance Ves?

Ves is not one of the Witcher 3 romance options.

Can you romance Ciri?

Geralt considers Ciri his adopted daughter, so no. What’s wrong with you?

Can you romance Cerys?

Although we know some people take a liking to her strong character, Cerys is not one of the romance options in TW3.

The Witcher 3 Romance guide: wrapping up

There’s no shortage of romance options in The Witcher 3 to fulfill Geralt’s desires. The best part is, there aren’t any romance consequences unless you try to pursue both Triss and Yennefer. As the popular saying goes, you can’t have your cake and eat it too.

What’s your favorite Witcher 3 romance? Are you team Yen or Triss? Think Geralt should steer clear of sorceresses and settle down with someone else? Let us know in the comments!