CD Projekt Red just announced on their Twitter that Witcher 3 has officially broken the 1 million pre-orders mark, and we’re still a week way from official release. My order is one of them! 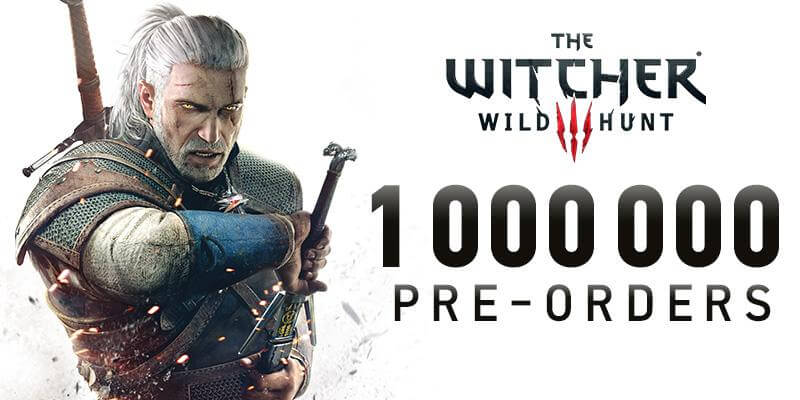