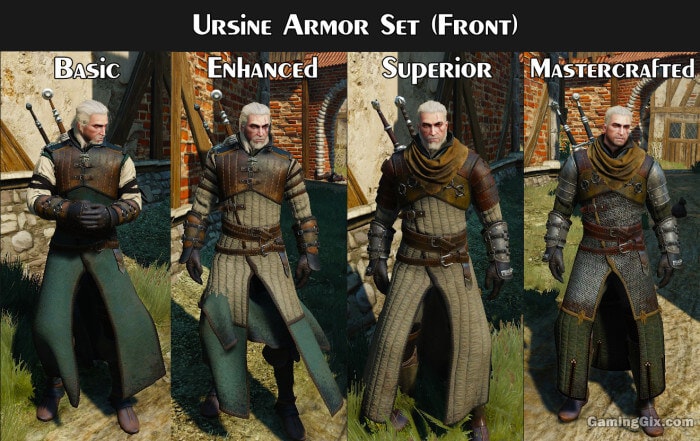 The Ursine Witcher gear set from the Bear School is a heavy armor set that provides strong defensive bonuses, making it ideal for tanky builds. It can be crafted by using diagrams for every upgrade level (basic, enhanced, superior, mastercrafted, and grandmaster).

We’ve put together a detailed walkthrough for obtaining every diagram of the Ursine Witcher gear set. Keep in mind that you need to craft every level of the set to keep upgrading it.

This includes map locations for the Ursine armor, boots, gauntlets, trousers, crossbow, silver sword, and steel sword diagrams. You can follow along from the beginning or find the specific Ursine armor or sword diagram location you need.

Note: if you’re having trouble finding the chests with the diagrams, look for a Wolf Head symbol; examining it will give you a general area to search.

Buy the map from the armorer in Oxenfurt and use it. Head over to the northernmost island (An Skellig) in the Skellige Isles – you will have a quest marker there, inside a ruined castle.

Once you get inside the hall with the 4 locked doors, push a lever at the end of the hall to open them.

One of the rooms will have an entrance to a cave – go inside and follow the way to the main castle hall, where you will find all of the Ursine armor piece diagrams (armor, boots, trousers, gauntlets) diagrams, and read the chronicler’s notes in your inventory to get the locations for the other Ursine diagrams.

The ursine Silver sword diagram will be found on a skeleton on Ard Skellig to the east of Kaer Trolde, the crossbow inside a large cave on Spikeroog island (northwest on Skellige map), and the steel sword from the basement of a ruined house in south-eastern Ard Skellig.

Enhanced Ursine armor is found in a cave called “Grotto” off the south-eastern end of Ard Skellig. Be wary of the 3 bandits guarding the chest – they were level 26, at least for me.

Also, make sure to loot everything in that area, as there are some nice diagrams and potion recipes in there as well.

The enhanced Ursine boots diagram can be found in a troll cave in southern Ard Skellig, just under one of the places of Power. You have to kill 3 level 16 trolls to loot the chest.

The enhanced Ursine trousers diagram is found on a small island off the west coast of Ard Skellig. You will find a partially-submerged cave that will have a chest with the diagram. You can ignore the high-level drowners here.

The Enhanced Ursine gloves diagram can be found on top of a ruined wall northeast of the village of Rogne on Ard Skellig.

Found on a small island to the west of Ard Skellige, inside the fortress of Kaer Almhult, directly north of where you find the enhanced ursine trousers.

The exact location is up some stairs, on the right side of the main courtyard of the fortress keep. This area is a pirate base so be prepared to fight lots of level 12-14 pirates. 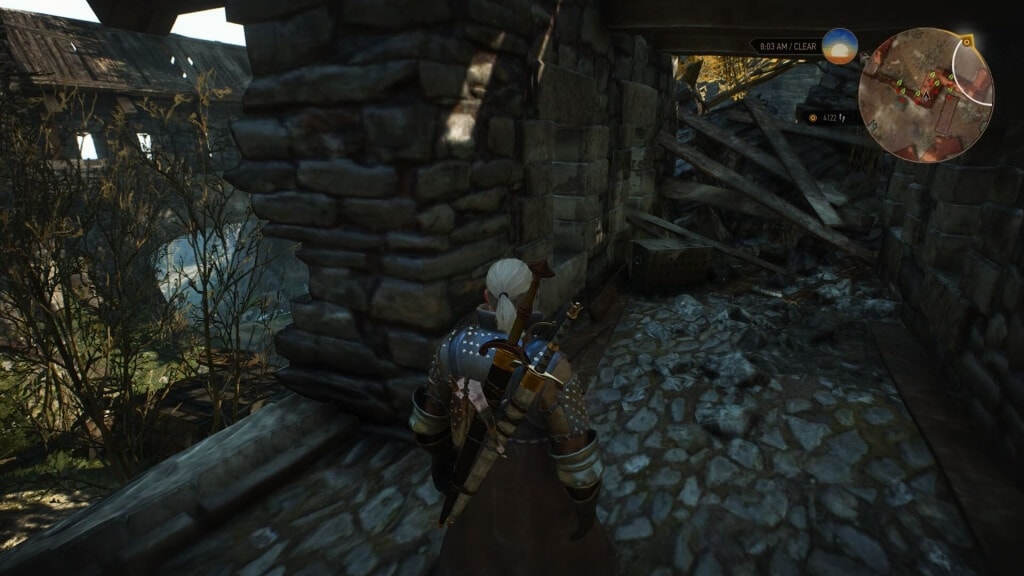 Inside a ruined fortress north of the druid tree at Gedyneith in northeast Ard Skellig. You have to go all the way down into the cave. This area has lots of alghouls, which makes it one of the most difficult diagrams to obtain. The Alghouls are level 21 (to help kill them, use Axii when they turn red and grow spikes).

All the superior Ursine armor diagrams can be found in central Velen, north of Hanged Man’s Tree. The chest is located inside a cave and will be protected by a group of level 6+ Nekkers and Nekker Warriors.

found directly at the Ruined Tower travel post. It is guarded by a level 25 Earth Elemental, but you don’t have to fight it if you’re careful. The diagram box is in one of the corners of the ruined tower structure. 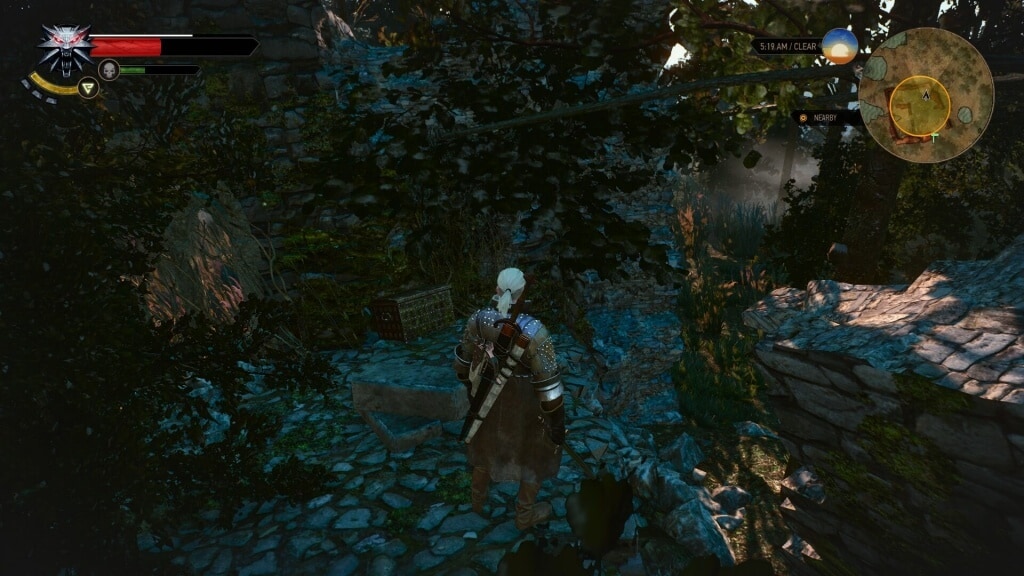 in a cave in southern Velen, to the west of the Crookback Bog. Look for the box with a dead body leaning against it. This is the same cave where you do the “Swamp Thing” Contract. The cave has two entrances – one hidden by an illusion – the other one open.

Destroyed Bastion, in the far south of Velen, to the east of Bald Mountain. The chest with the four armor diagrams is found directly on top of the whetstone icon on the map. You don’t have to fight anything, although the area is guarded by a level 19 cyclops, and also has a level 32~ Basilisk nearby. 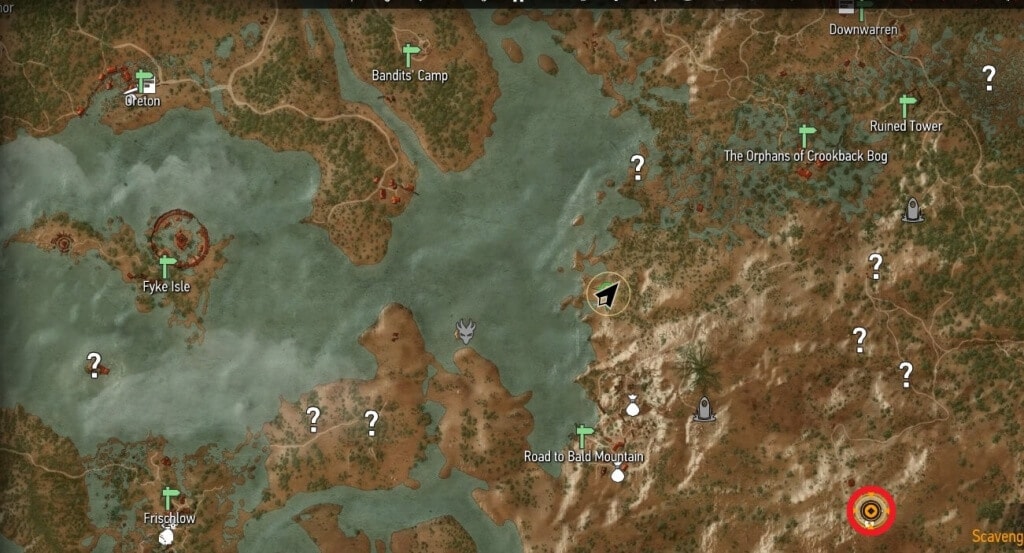 found inside a cave in western Velen. There’s a bunch of level 6~ Nekkers in the area, but you don’t even have to fight them.

far south Velen, You will see a small island with a drowner nest on it, that’s where the chest is buried. Also, don’t forget to loot the extra underwater loot chest just to the right of the island.

To upgrade to the grandmaster Ursine Witcher set, talk to the Grandmaster Smith Lazare Lafargue in southern Beauclair to start the scavenger hunt quest (Blood and Wine expansion required). We also have a detailed walkthrough to getting all of the Witcher Grandmaster ursine gear diagrams.

Interested in other good armor sets or weapons in Witcher 3? Take a look at our detailed guides to the best armor sets in the game, as well as the best weapons.