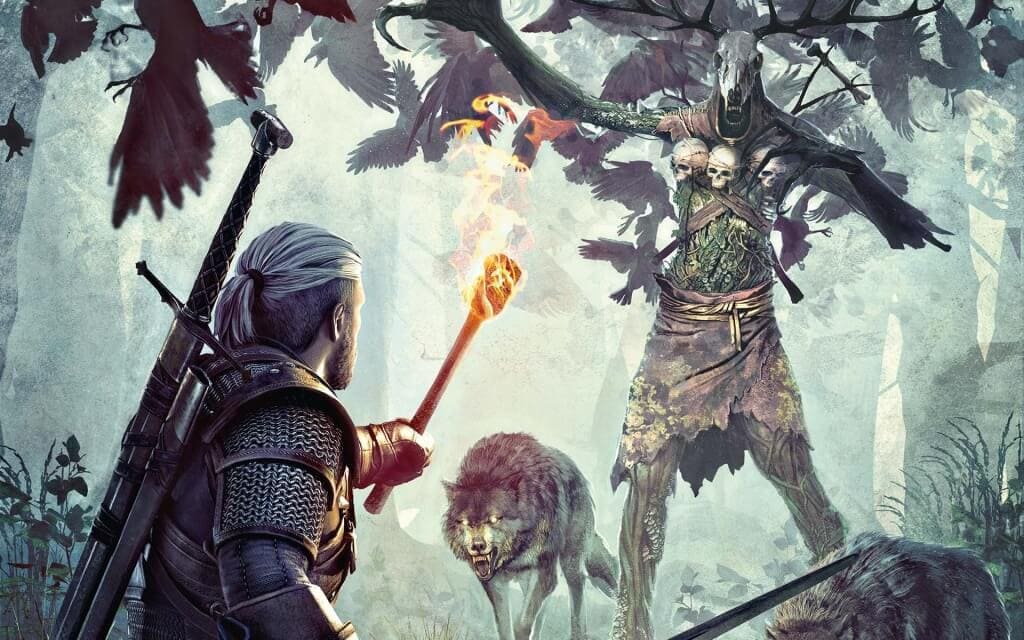 The Witcher series is known for its unique and well-written characters, stemming from its origins as a Polish fantasy book series.

The Witcher 3: Wild Hunt follows the adventures of Geralt of Rivia, a famed witcher, and features many returning characters from the previous games, like Vesemir, Triss Merigold, and the ominous specters known as the Wild Hunt.

The game will also introduce two key characters from the Witcher books: Yennefer and Ciri. Witcher 3 will conclude the story of Geralt, which spans the Witcher game trilogy.

Geralt of Rivia is a famous witcher and the protagonist of the “Witcher” series. Geralt is also alternatively called the “White Wolf”, due to his pale skin and grey hair.

Geralt spent most of his life at Kaer Morhen – an old keep for training witchers, where he learned the art of slaying monsters, and had his body modified through mutagens, alchemy, and other means to achieve superhuman abilities.

At the beginning of the first Witcher game, Geralt is discovered by his friends, having no recollection of his past life. As the story developers, he slowly recovers his memories.

Unlike most video game characters, Geralt visibly ages through the three Witcher games, adding to the level of immersion. Witcher 3: The Wild Hunt follows Geralt on his final adventure.

Vesemir is a veteran of the Witcher Wolf School – he is, in fact, the oldest living witcher alive, being the only one to survive the pogrom on Kaer Morhen long ago. He was also present in the original Witcher game, being one of the witchers that rescued Geralt after his amnesia.

Vesemir is a wise and highly experienced warrior, acting as a father figure for the few remaining witchers in the world. Vesemir plays an important role in Witcher 3, providing guidance to Geralt.

Triss Merigold is a young and beautiful sorceress who is one of Geralt’s main romance options in Witcher 3. She has followed Geralt throughout every Witcher game, although her storyline is somewhat different from the books, where Yennefer takes the role of Geralt’s main love interest.

Ciri is a young witcher-in-training and Geralt’s apprentice. Her destiny was intertwined with Geralt when he requested the “Law of Surprise” – an old custom, where a man who saves another can demand. It is a request for something which neither the savior nor the saved knows the nature of, until the saved man saved returns home.

Typically this ends up being a child born while the father was away.

At the time of Witcher 3, Ciri is being chased by the Wild Hunt – a mysterious group of wraiths who are the primary antagonists of the game. It is up to Geralt to find her before the Hunt. Ciri is also significant for being a playable character in Witcher 3.

Although she has a prominent role in the Witcher books, in the games, Yennefer only makes an appearance in Witcher 3 and is only mentioned in passing in the first two games.

Much like Triss, she is a powerful sorceress and was originally Geralt’s lover, before the Wild Hunt kidnapped her.

Geralt supposedly lost his memory which chasing the Hunt to try and rescue her, before the events of the first Witcher game. Geralt finally reunites with Yennefer in Witcher 3.

Avallac’h is a mysterious elf from a different world who helps Ciri and by extent Geralt throughout Witcher 3.

His full story is explored in more detail in the Witcher books and makes for a very conflicting and fascinating character.

Is he a villain or one of the good guys? It depends on how you look at it…

Emhyr Van Emreis is the Emperor of the Nilfgaardian Empire: the Roman Empire-like state that plays a central role in the story of the Witcher 3 and the books.

Emhyr attacks the Northern Kingdoms at the outset of Witcher 3, starting the third Northern War. He also sends Geralt to retrieve Ciri, his estranged daughter, presumably so he can put her on the Nilfgaardian throne.

Emhyr’s ascension to the Nilfgaardian throne is discussed in detail in the Witcher books.