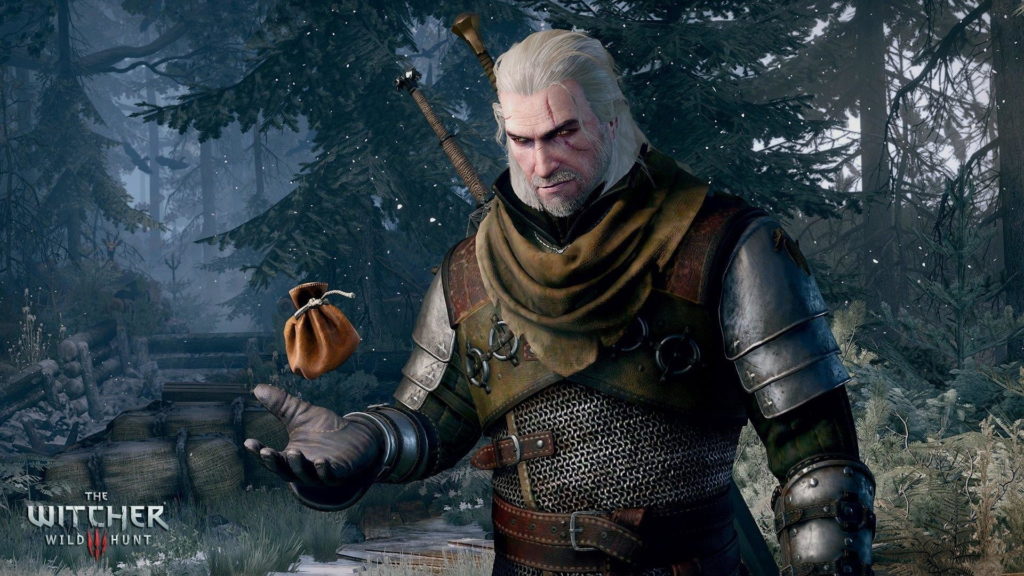 Making money in The Witcher 3 can be a grind for new and veteran players alike. Witcher gear isn’t cheap, and Geralt’s inventory fills up quickly, especially early in the game.

Fortunately, there’s no shortage of ways to bulk up your coin pouch. Some money-making methods are honest, some are a little dubious, and others are downright cheating.

Whether you’re an altruistic witcher or you’re not opposed to getting your gauntlets dirty for a few extra Crowns, our Witcher 3 money guide has got you covered.

Tips for looting and making money in TW3

Most money glitches in TW3 have been patched but there are still great ways to make money, glitch or not. If one of the below methods doesn’t work for you, or if you know of another one, share your money-making wisdom in the comments!

Who knew setting cows on fire would be the best money exploit in TW3? This used to be an option in White Orchard until CDPR patched it. (More on that update in the next money-making tip.) But this glitch still works at a farm in northeastern Velen.

Travel to Martin Feuille’s Farmstead. Walk about 150 paces northeast of the main farm to find an empty pasture. Meditate for an hour and cows will spawn. Use Igni to kill them in one hit and loot them. Repeat several times.

Each hide fetches 42 crowns from the right merchants. You can also sell cow’s milk and raw meat at the Inn on the Crossroads.

Remember how we mentioned CDPR patched the cowhide money exploit in White Orchard? They replaced it with a secret boss. This money-making tip won’t exactly make Geralt rich, but monster hides are some of the most valuable alchemy items to sell.

Travel to Woesong Bridge and start killing cows in the pen near the signpost. Kill 6 of them to summon a chort. Beware if you’re low-level: the chort is level 27.

Battle the chort and loot its corpse for a chort hide (base value of 324 crowns), raw meat, and a chort mutagen. Chort hides aren’t used for crafting, so it’s easy money.

Another great way to make money is to farm one of the 3 Hanse Bases in Toussaint. We recommend this method if you enjoy combat and want to feel like you’re earning the gold in a more honest way.

Here’s how it works:

When you destroy and loot a monster nest, leave one common item behind. Then, meditate for 5 days and the loot will respawn. Some players said they only needed to meditate for 2 days, while others said 6 days worked for them.

Note: this glitch only works on monster nests you haven’t cleared yet.

Check out the video above for a full explanation.

Console commands are the easiest way to get unlimited money in Witcher 3. First, you need to enable the Witcher 3 debug console.

Curious about other console commands in WItcher 3? Here’s complete list of all the commands.

Playing TW3 on PC and want to get rich quick? Check out these quick money mods:

High-value items to sell in The Witcher 3

No merchants in the game buy items for full price, but some pay more than others. Let’s take a look at some of the highest-value items in the game and where to sell them.

Like cow hides, pearl farming was once a profitable money exploit in TW3. Unfortunately, CDPR caught onto that one too. But pearls are still valuable, selling for 100+ Crowns each. Head to the Fish Market in Novigrad to find a merchant who sells seashells (by the seashore).

This money-making tip is best for broke players looking to make some cash early in the game. Over 25 beehives in White Orchard contain 2-4 honeycomb each. Use Igni to burn them and loot the honeycomb. Beware: the bees will retaliate! They’re also a worthy opponent to low-level witchers.

Read the notice board in White Orchard to learn that Tomira, the local herbalist, is looking to buy honeycomb. She’ll purchase each one for 18 Crowns — a much better price than the average 2 to 7 Crowns.

Once you’ve crafted all your bombs, potions, and decoctions, sell your leftover ingredients. Keep between 10 and 20 of each item just in case.

If you have a lot of items to sell, you’ll need to do some traveling or meditating, since most herbalists and alchemists only have between 500 and 1,000 Crowns at a time.

This isn’t a complete list — sort by price when selling for the best results.

Quick money hack: sell every Novigrad longsword and blunt ax you find. While high-level relic items are lucrative, you may want to dismantle them for rare crafting materials instead.

Dismantle jewelry to get gems, which you can sell for a decent price at most general merchants.

Greater glyphs and runestones fetch well over 1,000 Crowns each. Even basic runestones go for up to 900 Crowns. Visit Yoanna in Crow’s Perch to upgrade your runes for cheap. Then, sell them to the armorer in Novigrad’s Hierarch Square for the best price.

You don’t need to keep most books or notes once you’ve read them. Just be sure to hang on to A Miraculous Guide to Gwent. Marcus T.K. Hodgson in Hierarch Square pays the best price for books.

Overencumbered by broken rakes and wooden ladles? Sell them to the merchant wearing red in Hierarch Square. You’ll find him by Marcus T.K. Hodgson’s bookstore.

The Witcher 3 money-making guide: wrapping up

Whether you want to get rich through honest work, or use glitches, mods, or cheats, we’ve covered some of the best ways and tips for making money in Witcher 3.

Some players might dislike stealing from peasants or using console commands. Fortunately for them, there are plenty of honest ways to make Crowns quickly.

Now all that’s left to do is head down to the Passiflora brothel and make it rain! Or if you’re a more pragmatic Witcher, why not spend the money on crafting Witcher school weapons, runes, or enchantments?

5 thoughts on “Guide to Making Money in Witcher 3”