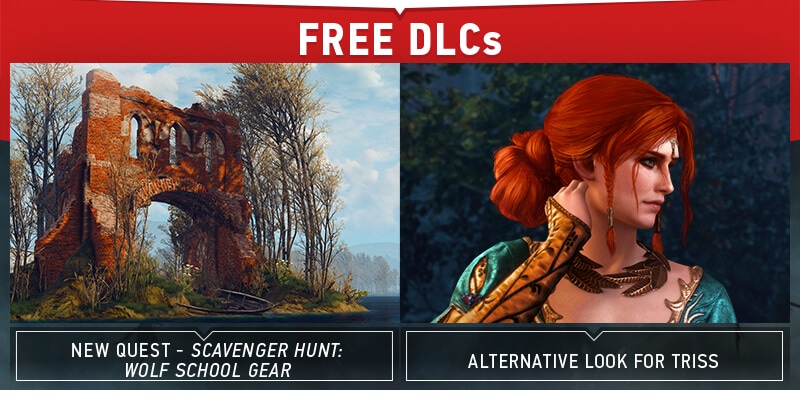 CDPR has just announced the 2 new free DLCs for this week: Scavenger Hunt: Wolf School Gear, and an alternative look for Triss. I’m really excited for the wolf gear, everyone has been asking for a new Witcher set that is somewhere in-between the Cat and Bear.